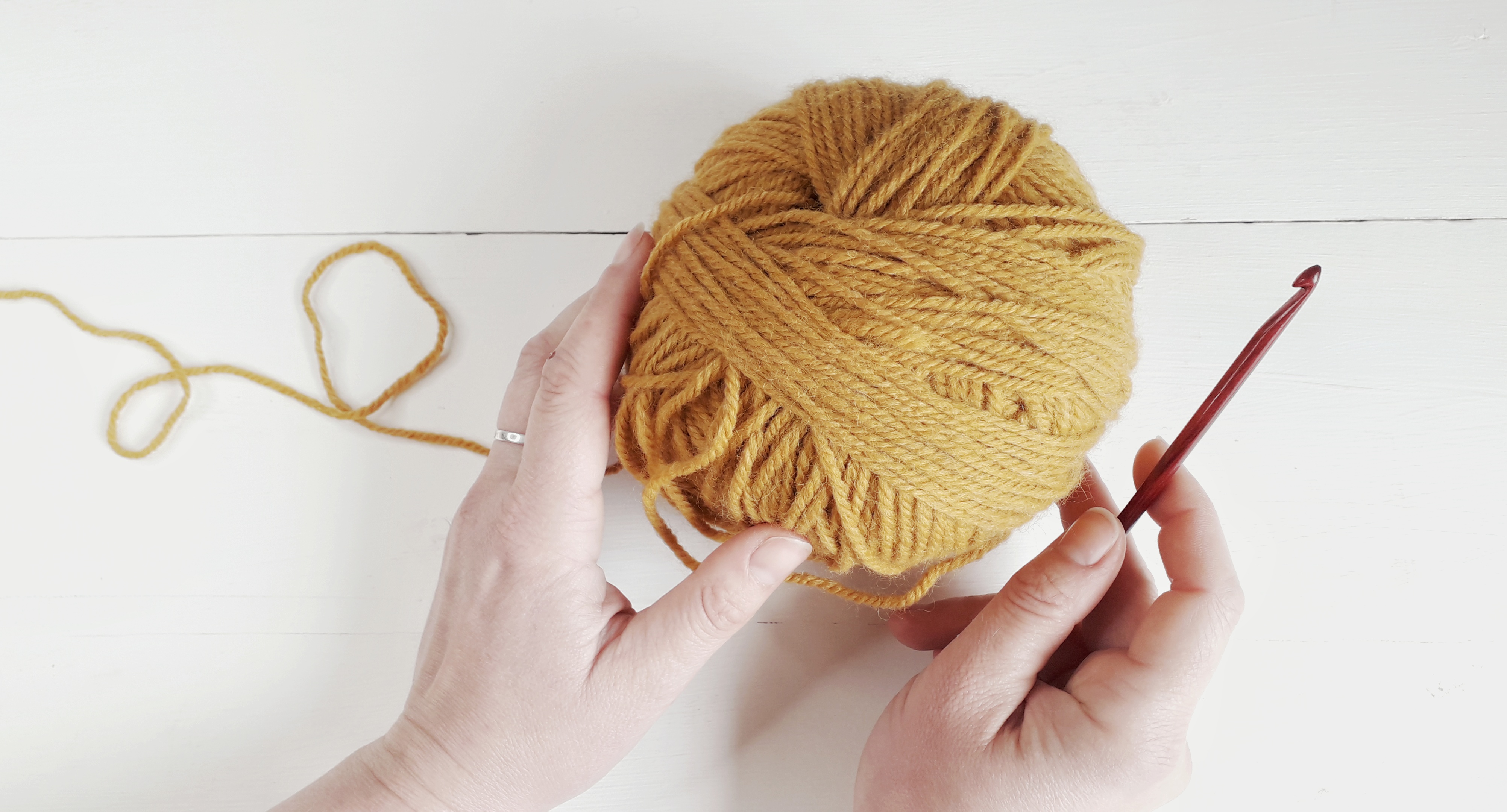 This is a question I have been asked many, many times.
Which is faster? Which uses more yarn? Do they come out the same size?
I decided to find out once and for all.
Let’s get into it!

Say it with me; “A test is fair if everything about the things being tested is equal, except for one, measurable difference.”
My science teacher in school made us all memorise that little saying.

In layman’s terms it means that if you want to answer any of the above questions, you have to keep everything equal.
You have to use the same yarn, the same hook, do it on the same day, while sitting in the same chair, watching the same Netflix show, and use the same number of stitches for both swatches.

In this test, therefore, the only difference I’ve allowed is the one we’ll be measuring;
One swatch will be using regular, traditional crochet & the other will be composed of Tunisian Crochet.

I’ll be using a 5 mm hook for each swatch, and Aran weight wool/Acrylic blend yarn.
Each swatch will have 15 stitches across, and will be 15 rows tall.

This is my Traditional, regular crochet swatch.
It took precisely 13 minutes to complete which – if you want to get technical – means each stitch took me an average of 3.4 seconds to make.
It used a total of 6 grams of yarn
and it measures 10 cm across x 9.5 cm tall.

Sooo close to being a perfect square! So close!

And this is my Tunisian crochet swatch.
This little lady took a smidge longer to finish, clocking in at 14 minutes, 30 seconds.
With the exact same stitch count as the regular crochet swatch, that means each stitch took me on average 3.8 seconds to make.
It used a total of 7 grams of yarn, and it measures 11 cm across x 11 cm tall.

So, in essence, the difference in speed is negligible.
A Tunisian Simple Stitch stitch takes .4 seconds longer to make than a traditional double crochet stitch (US single crochet), but that slightly slower speed could very well be eliminated and reversed if I had chosen to crochet the 255 stitches in the Tunisian swatch on a bigger hook. I found the 5 mm hook a little too small.

Tunisian is a denser fabric, so it’s no surprise that it used a little more yarn, but not nearly as much as I had assumed it would, which was an awesome surprise. The square also came out a little bigger, so when measuring by area, they pretty much work out equal.
So if Tunisian’s reputation as a yarn hog is what’s putting you off, it might be time for a rethink.

Both swatches turned out to be square (though, this Tunisian fan is pleased to see Tunisian come out bang on!)
The fact that both techniques have stitches that are as tall as they are wide makes them infinitely suitable to colourwork and charting using graph paper – and far more versatile than stocking stitch in knitting, which has stitches markedly taller than they are wide.

My conclusion, therefore is that between Tunisian and Regular crochet, the differences in yarn use and time taken are negligible, so feel free to choose the technique that YOU prefer and that’s right for the project you have in mind safe in the knowledge that it’ll all work out well in the end.

Did you enjoy this tutorial? Tell me in the comments below!
And hey, tell your friends too!

— PATTERNS THAT INCLUDE TUNISIAN AND REGULAR CROCHET —

28 thoughts on “Is Tunisian Crochet faster than Regular Crochet?”