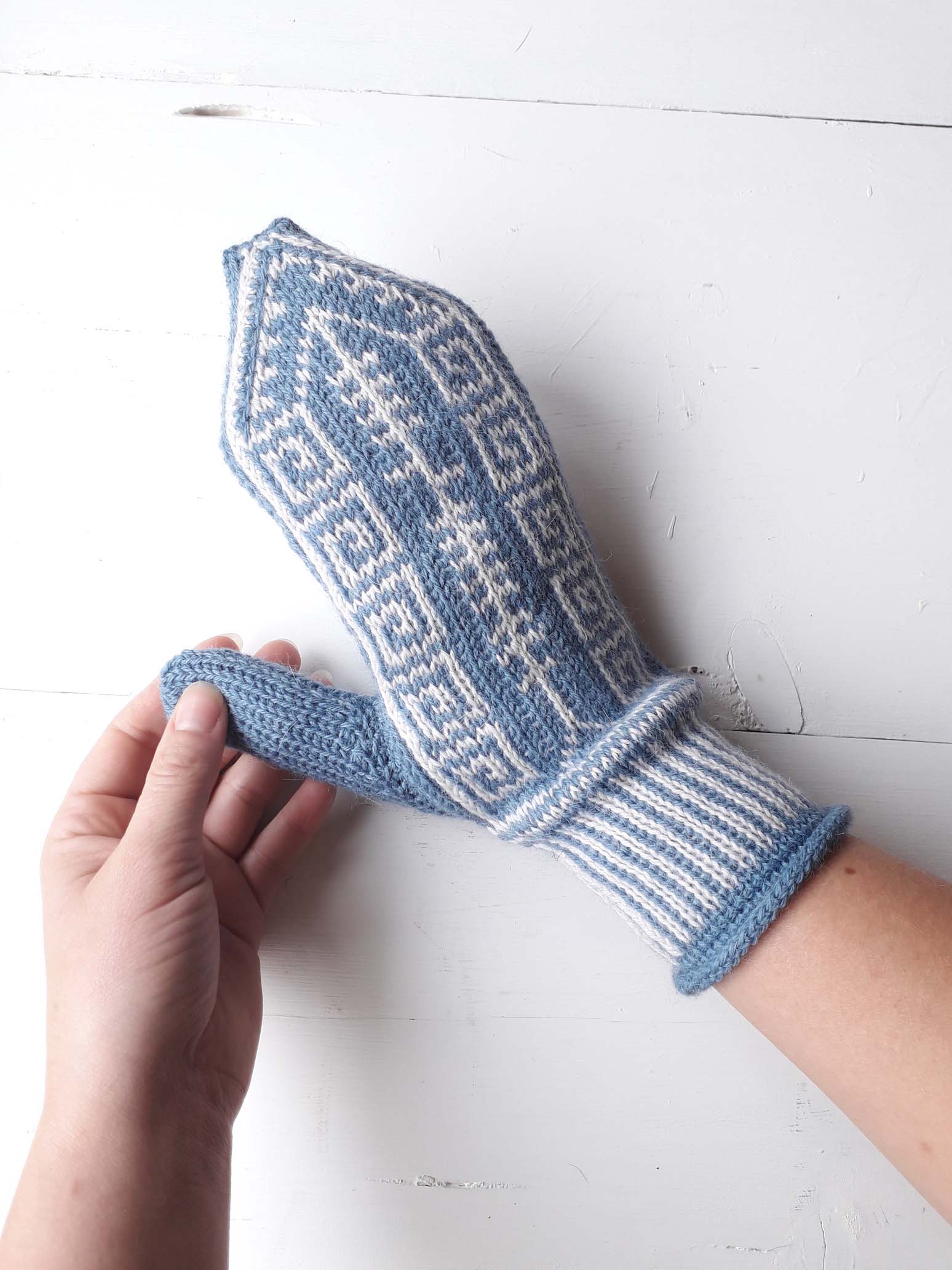 Ogham (either pronounced OW-am or OG-am, depending on who you ask), is a native Irish writing system that is all of 2,000 years old.

It’s impossible now at such a remove to know exactly what it was most used for, but many of our surviving examples are carved into standing stones. A large number of those stones mark ancient boundaries between kingdoms, so the thought is that they were basically signs used to lay claim to certain tracts of land in the really early Medieval / Pre-Christian period in Ireland.

Ogham is a script made entirely of lines cut across a central spine, and is similar in many ways to Nordic Runes.

The Ogham script featured on my pattern sample is my name!
A O I B H E is spelt out from cuff to finger tip, but I’m happy to say YOU get to choose what you’d like to put on your gloves to make them personal to you. Below, you will find a full alphabet (in Ogham order, rather than Aplbhabetical) and in the pattern you’ll find a blank chart so you can make your mittens absolutely unique.

All I ask is that you spell your words from bottom to top, like the ancient Irish did. 😉

On your mitten you have a maximum of 37 lines.
As some letters use up more space than others, I have added a line count to the side of each letter’s chart, so you can plot accordingly.

Some letters you may expect to see don’t exist in Ogham.
Y, for instance, and V – but those can be represented well with close alternatives. In those cases, I have labelled the alphabet above with both variations, so you can make the best guess.

All you have to do now is decide with you wanna write, then print out the blank chart in your pattern, and add your letters in pencil.

Got a long name, or lots to say?

Luckily, Ogham can be used both letter-for-letter, or phonetically.
So, a name like Jennifer can be condensed down to “Gnfr”, and still be totally Ogham-legit.